The deadly crash took place at the crossing of Jefferson Street and Menaul Boulevard. The incident was reported that day at around 5:19 p.m. Local reports revealed that 68-year-old Adeline Mora of Albuquerque was traveling north in a 2002 Silver Honda sedan.

When Mora entered the intersection, she was hit by a 2012 Jeep Patriot SUV. A spare tire flew off the Honda and hit a parked 2006 Dodge pickup. Mora suffered fatal injuries and was pronounced dead at the scene. The 34-year-old woman driving the Jeep was also injured in the accident.

We would like to offer our deepest condolences to the family of Adeline Mora at this time. Our thoughts are with the injured victim and her family in hopes of a full recovery. 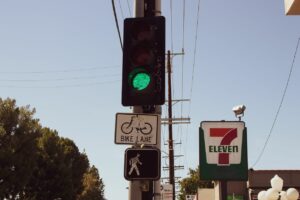 More than a quarter of all fatal car accidents in the United States occur at intersections, which is an unacceptable ratio. At intersections, an estimated 2.5 million car accidents occur each year. According to a new study, driving at a crossroads more than doubles your chances of being involved in an accident. Over time, crossing a crossroads has become riskier. Intersections account for more than half of all fatal car accidents in the United States. A left turn at a crossroads is considered to be the cause of one-fifth of all accidents. Collisions at crossings are very dangerous due to the increased risk of death.

Wrongful death lawsuits seek reimbursement for the loss of a loved one caused by the negligence of another. Compensation isn't always as straightforward as it appears. Even if the victim died as a result of the accident, the responsible party should be held accountable. It's not uncommon for people whose insurance companies are to blame in a fatal accident to try to point the finger at someone else.

The defendant should cover the costs spent by the families as a result of the accident. Only an Albuquerque automobile accident lawyer with extensive experience representing the families of victims in wrongful death claims could do this.

After the death of a loved one, filing a lawsuit may be the last thing on your mind. However, you are not compelled to do so on your own. Will Ferguson & Associates understands that no amount of money can ever make up for a loved one's death. A terrible vehicle accident can have tremendous financial repercussions, as our Albuquerque wrongful death lawyers have witnessed firsthand. After you've lost a loved one, our legal team will battle to get you the money you deserve. We will fight until the end to keep those who are guilty of a tragic accident accountable.