Albuquerque, NM - Auto Accident Causes Injuries on I-40 near I-25

Albuquerque, NM (December 31, 2022) - A major car crash happened in Albuquerque on the morning of December 28. At around 10:15 a.m., the accident was reported to officials including police, EMTs, and fire crews.

Reports concerning the incident show it occurred on Interstate 40 near Interstate 25. Vehicles crashed and caused at least one person to become injured.

Emergency medical personnel rendered aid to those who were hurt at the crash scene. Injured patients were taken to area hospitals as needed for treatment. Their names have not been reported at this time.

Authorities worked at the scene for an extended time period, causing significant delays in traffic. Police directed local motorists to use alternate travel routes while the wreck site was occupied with first responders.

At this time, what caused the accident to occur is still being investigated. No other details have been released concerning the crash .

Our thoughts are with everyone involved. We hope for their full recovery. 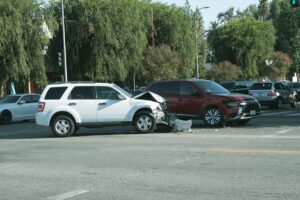 Major accidents in New Mexico are continuously caused by all different types of driver negligence. Speeding and driver intoxication are two of the most commonly reported forms of driver negligence. In New Mexico, in 2020, about one-fourth of reported auto collisions were caused by speeding. Accidents caused by speeding also resulted in more deaths than any other kind of crash. Driver error/negligence is the main contributing factor to New Mexico traffic collisions.

Approximately 25% of traffic accident fatalities in the United States were caused by drunk drivers in 2020. Around 75% of the deceased victims had been drinking and driving at the time of their passing. Two side effects that occur when we drink, including blurred vision and impaired judgment, are extremely dangerous when mixed with driving. When car accidents are caused by intoxicated drivers, they are usually more severe and catastrophic.

If you or a loved one has sustained injuries in a car wreck caused by speeding, intoxication, or another form of negligence, you may be eligible to collect financial compensation. Damages that resulted from your wreck, like expensive medical bills and lost wages, could be covered by compensation if you file a personal injury claim. A personal injury attorney in Albuquerque can help you do this.

The personal injury attorneys at Will Ferguson & Associates have decades of combined legal experience. For many years, we have been helping injured victims get the justice and compensation they deserve. A personal injury lawyer should be the first and only person you speak with concerning your case. It is important to remember to not speak with the insurance company without first speaking with your lawyer.

You have two years from the date of your crash in which to file a personal injury claim for compensation. If you do not file within two years, you will lose your right toward compensation for your injuries and losses. It is also best to file while you’re trying to recover from your injuries so you can get the help you need.

Our attorneys know how stressful these situations can be, which is why we are here to help you through. Call Will Ferguson & Associates as soon as you can at (505) 243-5566 to speak with an attorney regarding your case.

Note: This post was created specifically utilizing secondary sources. It is to be used independently by Will Ferguson & Associates. Our team has not autonomously verified the information used by these news sources, and if any information seems to be inaccurate, please reach out and let us know so we can immediately make corrections as they become necessary.

Disclaimer: At Will Ferguson & Associates, it is our goal to honor the victims of the nightmarish accidents that often take place in New Mexico. We would also like to familiarize the public with ways they can avoid a similar fate and what they can do should the unthinkable happen. The information contained within this article is not to be viewed as any type of medical or legal advice. The photographs depicted in these posts are not representative of the actual accident scene.