Albuquerque, NM - Auto Accident Ends in Injuries on I-25 near Montgomery Blvd

Albuquerque, NM (August 6, 2022) - At approximately 3:00 p.m., a car wreck was reported on an interstate in Albuquerque. The incident occurred near Montgomery Boulevard/Exit 228.

What caused the collision to occur has not been reported. Police, paramedics, and other responders were seen helping at the scene of the accident shortly after it took place.

The number of injured parties has not been reported at this time. However, emergency medical personnel were observed in the area.

Authorities in Albuquerque are working to determine the cause of the crash. 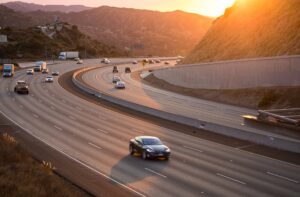 Approximately 20,000 people are hurt in auto accidents throughout New Mexico every year. Across the United States, more than 4 million people per year suffer injuries so severe they end up in the hospital. Being injured in a car crash can be painful and scary, not to mention overwhelming and stressful.

Information provided by the New Mexico Department of Transportation states that almost 400 fatalities happened because of car wrecks in New Mexico in 2018. Car wrecks happen for many different reasons, however, most auto collisions reported in the United States happen due to driver negligence. Most of the severe injuries and fatalities that happen in the United States are due to car accidents.

Driver negligence causes 9 out of 10 auto collisions in the United States. Driver distraction, fatigue, intoxication, and speeding are four leading types of driver negligence that cause millions of car crashes per year. It is important to remain awake, alert, aware, and sober while operating a moving vehicle. The reality of the situation is that riding in a car can be dangerous when you aren’t mindful of your own safety and that of those around you.

To get the help you need filing a personal injury claim, you should contact a lawyer from Will Ferguson & Associates. You deserve to be able to financially recover so you can focus on your health and well-being. Get in touch with the Albuquerque car accident attorneys at Will Ferguson & Associates by calling our law office at (505) 243-5566. We charge no up-front or out-of-pocket fees. We only get paid if you are financially compensated for your damages.