Albuquerque, NM - Auto Wreck Ends in Injuries on I-40 near Atrisco Vis Blvd

Albuquerque, NM (October 2, 2022) - A serious car wreck happened in Albuquerque on the afternoon of October 2. Responders were sent to the wreck site shortly after 12:30 p.m. that day.

Authorities report that the incident occurred in Bernalillo on Interstate 40 near Atrisco Vis Boulevard/Exit 149. Emergency crews including EMTs, police, and fire crews were seen working in the area for some time.

One or more people were in need of medical attention at the crash scene. However, at this time, it remains unclear how many required emergency transportation to the hospital.

Delays in traffic were seen in the area while responders were present. Drivers commuting near the crash site were asked to use alternate travel routes for the time being.

Police in Albuquerque continues to investigate the details of the incident.

We hope for the full recovery of the injured parties.

Car wrecks happen constantly in the United States and throughout New Mexico. Tens of thousands of people are hurt in these wrecks and hundreds lose their lives in New Mexico every single year. 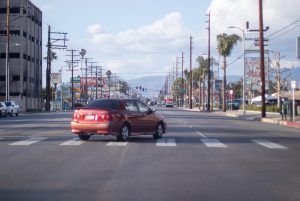 What causes these collisions varies, however, the majority of them are caused by driver negligence. Many different forms of driver negligence exist, including fatigue, intoxication, distraction, and speeding. Drivers who choose to pay attention to anything else other than the road ahead of them are at serious risk of causing a severe auto accident that could take their life and the lives of those around them.

It is selfish and dangerous to drive negligently. When you or someone you love become injured in a serious car crash, you are eligible for financial compensation. Compensation can help you pay for some or all of the related expenses of your wreck. Medical expenses, vehicle repairs, wage loss, and more may be eligible for financial compensation in the event that you become injured due to the actions of a negligent driver.

The law office of Will Ferguson & Associates has been working for decades to help people like you make full financial recoveries after you’re hurt by negligent drivers. People ages 15-20 in the United States most often lose their lives due to auto accidents. The majority of auto accidents in the US are caused by driver negligence, or over 90% of them, according to information provided by the National Highway Traffic Safety Administration. This means that young people are most often injured and killed by negligent drivers.

Working with a skilled car crash attorney in Albuquerque is in your best interest if you’ve been hurt by a negligent driver. Contact the law office of Will Ferguson & Associates as soon as you can to get started on your own personal injury claim for compensation. You deserve to be able to fully recover in more ways than one when you’re hurt because of another person’s careless actions. Call our office at (505) 243-5566 if you or a loved one was injured in an accident and you have questions about your legal rights.