Albuquerque, NM (February 25, 2022) - Emergency responders in Albuquerque were dispatched to a serious car accident on Thursday afternoon, February 24. According to authorities, the accident occurred at 1:20 p.m. at the intersection of Central Avenue SE and Louisiana Boulevard SE. 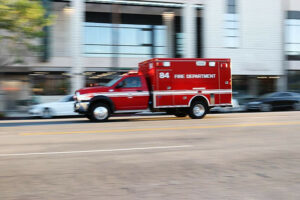