According to information from local reports, the crash occurred on Central Avenue near Broadway Boulevard when at least two cars collided. Injuries were reported as a result of the incident, however, the total number of injured victims remains unknown at this time.

Crews including police, EMS, and firefighters were dispatched to the crash site in order to render aid and investigate the details of the accident. Paramedics treated those with injuries at the scene while police worked to figure out how the accident occurred.

Fire crews cleared the wreckage from the roadway. The vehicles involved sustained significant damages in the crash.

Our thoughts are with the injured victims. We hope for their full recovery. 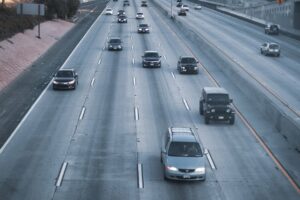 Each year, in the United States, millions of car accidents are reported. These accidents cause injuries to over 3 million people per year and take the lives of tens of thousands of people. Sadly, these numbers only continue to rise each year. In New Mexico, the story is no different, as the number of car crashes and the injuries that result from them are continuously on the rise.

When you or someone you love sustained serious injuries in a car accident, it is important to seek the proper medical care immediately. This will not only safeguard your health and ability to recover, but it will also prove the severity of your injuries later, especially if the crash wasn’t your fault and you wish to collect compensation.

Collecting financial compensation for personal injuries is a complex process that almost always requires the help of a skilled car crash lawyer. An auto accident attorney in Albuquerque can help you get the money you need to pay for the costs related to your crash in the event that it was caused by the actions of a negligent driver. More often than not, about 90% of the time in the United States, car accidents happen due to the actions of negligent drivers. It is likely that someone else involved in your crash caused your accident. Even if you were partially at fault, you can still collect compensation that can help you financially recover.

Contact the law office of Will Ferguson & Associates if you believe that you were injured by the actions of a negligent driver in a car crash in Albuquerque. We have been working to help injured crash victims make full financial recoveries for many years. Our goal is to help you get your life back on track so you can focus on your health and well-being without having to worry about your finances.