Albuquerque, NM (September 27, 2021) - According to officials, a vehicle collision with injuries occurred in Albuquerque on Monday, September 27.

The incident occurred near the Sunset Road SW and Central Avenue SW intersection. According to local officials, two automobiles crashed at 12:37 p.m. that day. As a result, several highway lanes were closed. 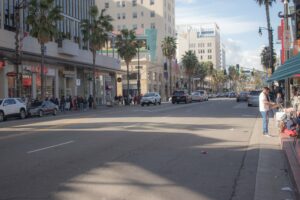 In the United States, automobile accidents are the biggest cause of injury and death. The number of people killed or wounded in car accidents increases every year. Most individuals are unaware that car accidents result in far more serious injuries and maybe death than they think. Minor mistakes can have a significant impact on those who are most impacted. As a result, people may become locked in a never-ending debt cycle.

Allowing your insurance provider to force you into accepting a less-than-ideal settlement offer is never a good choice. Will Ferguson & Associates can help you after a car accident. With our assistance, many vehicle accident victims have received the compensation they are entitled to.

If you go into debt as a result of an accident for which you were not at fault, your everyday life may be disrupted. After a serious vehicle accident, you need to collect the compensation you deserve. Contacting an Albuquerque car accident lawyer can help you collect the monetary recompense you deserve.

It's possible that your injuries were caused by the negligence of another motorist. In Albuquerque, an automobile accident lawyer may be able to help you win your case. A lawyer is necessary to handle a personal injury claim appropriately. Expect it to take some time and effort if you do it all by yourself.

Please call (505) 243-5566 right now to speak with an Albuquerque car accident lawyer about how we may assist you.