Albuquerque, NM (January 14, 2023) - A car crash was reported to officials in Albuquerque on the afternoon of January 13. Officials were dispatched to the scene at around 1:30 p.m.

Local sources say the wreck occurred in the area of Central Avenue and Edith Boulevard. An unknown number of vehicles crashed and caused significant damages and delays.

Paramedics helped those involved at the wreck site. At least one person required extensive medical attention and transportation to the hospital. Currently, the identities of the involved victims have not been reported.

The roadway was blocked while emergency responders worked to secure the area. Drivers commuting near Edith Boulevard on Central Avenue were asked to use different routes. 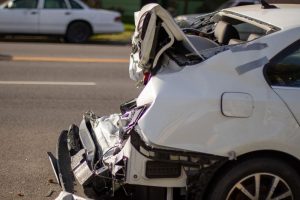 The majority of the car crashes reported in the state of New Mexico are the result of human errors. In the Land of Enchantment, over 120 car accidents occur each day. These incidents usually happen due to the negligent actions of drivers. Auto collisions in the US are often caused by driver negligence. The National Highway Traffic Safety Administration reports that more than 90% of car accidents reported in the country happen due to careless, reckless, and negligent drivers.

Being involved in a severe car crash can be difficult. Your life may be affected for extensive periods of time, depending on the details surrounding your crash. You may be suffering from numerous physical and mental issues, such as pain, suffering, and emotional difficulties. If you were injured because of the actions of a driver who acted negligently, it is imperative to remember to exercise your legal right toward financial compensation.

Call an Albuquerque personal injury lawyer at (505) 243-5566 if you or someone you love has been hurt in a car wreck and you have questions concerning your legal options.