Albuquerque, NM (August 16, 2022) - There were injuries reported after a bicycle accident in Albuquerque on Tuesday afternoon, August 16. The crash was reported at the intersection of Rainbow Boulevard and Ventana Ranch Road at around 3:11 p.m.

A cyclist was reportedly traveling near the intersection when they were hit by an oncoming motor vehicle. The injured rider was taken to a local hospital for treatment of sustained injuries.

No updates on their condition have been released at this time. 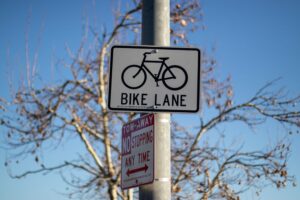 Riding a bike is a great way to get around, but riders are greatly exposed to the dangers of the road. On a typical day in 2015, 316 persons were involved in 124 vehicle accidents in New Mexico, which led to 53 injuries and one fatality. Despite the high numbers in these data, there has been a decline in road deaths from 2006 to 2015.

Cycling is both a good option for a healthy lifestyle and a method of transportation that is kind to the environment. Accidents involving bicycles and motor vehicles or other dangers on the road are becoming more frequent in New Mexico as the number of cyclists continues to rise.

In the event that you or a member of your family sustained a catastrophic or fatal accident while riding a bicycle in the state of New Mexico, you may be able to file a claim for financial compensation to cover your medical bills, pain and suffering, loss of income, and other associated losses.

The attorneys at Will Ferguson & Associates can help you protect your rights following a bicycle accident. Until the perpetrator is held accountable for his conduct, our accident attorneys won't stop fighting. After a bicycle accident, avoid allowing a large insurance company take advantage of you. Call an Albuquerque car accident lawyer at (505) 243-5566 for more information on how we may help you fully heal from your injuries while also bringing the reckless driver to justice.