Albuquerque, NM (March 2, 2022) - Two people were hurt following a hit-and-run crash in the Albuquerque area on Sunday night, February 27. The accident was reported at the intersection of Avenida Cesar Chavez and University Boulevard.

A gray Nissan sedan was headed east when a westbound silver Mazda SUV crossed into oncoming traffic. The Mazda hit the side of the Nissan. The driver of the Nissan was hospitalized for the treatment of life-threatening injuries and reportedly required surgery. A passenger in the vehicle was also injured and hospitalized.

The at-fault driver fled the scene and was described as a woman near the age of 27. The motorist was last seen getting into a Chevrolet Suburban before leaving the crash site.

An ongoing investigation into the accident is underway. 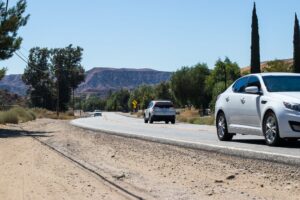 Injured parties are simply looking for a way to get back on their feet and recover completely following an auto accident. Negotiating with a large insurance company, even for those with legal experience, can be tedious and draining. The majority of accident victims have no idea how to file a personal injury claim for compensation. You may not know where to begin, which is why you should consult an attorney. After a car accident, medical bills, lost wages, and pain and suffering caused by the accident are all possible damages. The injured party's first priority after being involved in a car accident is to find a way to recover.

It is not always easy to file a personal injury claim. This is something that Will Ferguson & Associates' legal team is well aware of. We can assist you in pursuing a claim for the full value of your deserved compensation with the help of our team of experienced attorneys. A skilled Albuquerque car accident attorney can investigate your accident, build a strong case on your behalf, and fight for full compensation on your behalf.

Call an Albuquerque personal injury lawyer today at (505) 243-5566 to discuss your case if you have been wrongfully injured in a car accident.