Albuquerque, NM (November 12, 2022) - A collision happened in Albuquerque on Thursday afternoon, November 10. The wreck was reported to officials on I-40 at around 1:05 p.m.

Sources say the incident occurred on San Mateo Boulevard Northeast near mile post 162 in the neighborhood of Alvarado Park. What caused the wreck to happen is still being investigated by local police.

One or more people were in need of emergency medical care on-site. Those with severe injuries were transported to local hospitals for further treatment as necessary.

No one involved has been identified to the public at this time. Authorities directed traffic away from the crash scene while emergency crews worked in the area.

Our thoughts are with the involved parties. We hope for their full recovery. 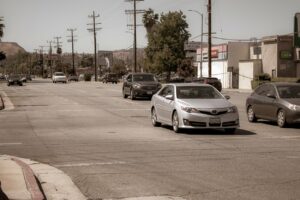 New Mexico is no stranger to car accidents. Over 20,000 people sustain injuries in car crashes in the Land of Enchantment every year, while hundreds lose their lives due to these wrecks. Currently, the majority of auto accidents that happen in New Mexico and throughout the United States are caused by the actions of negligent drivers. Some forms of driver negligence include:

Any action that takes your attention away from the road, or disobeys the rules and regulations put in place to keep everyone safe while driving, is considered driver negligence. Driver negligence is illegal in the United States due to being a risky and possibly deadly behavior. When people choose to act negligently while behind the wheel, they put themselves and everyone around them at serious risk for severe injuries or even death.

Contact a car crash lawyer in Albuquerque if you or a loved one of yours have recently been hurt by driver negligence. An attorney can help you pay for numerous damages related to your claim, including but not limited to:

If the actions of a negligent driver resulted in any of the previously discussed issues for you, you deserve to be financially compensated. Allow a lawyer from Will Ferguson & Associates to help you get your life back on track after it was derailed by the selfish decisions of a negligent driver. You can reach our skilled and trusted attorneys at (505) 243-5566 to speak with an Albuquerque personal injury attorney.