Albuquerque, NM (February 9, 2022) - Emergency responders in Albuquerque were dispatched to a serious car accident on Tuesday night, February 8. According to authorities, the accident occurred at 6:23 p.m. at the intersection of Paseo Del Norte NW and Universe Boulevard NW. 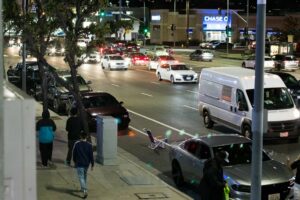