Reports indicate the wreck occurred on Interstate 40 near exit 157 to Rio Grande Boulevard and West Old Town. It was first reported to officials in the area at around 8:15 a.m.

Paramedics rendered aid to involved individuals at the scene. At least one person was in need of extensive medical care, however, the severity of the injuries suffered in the accident has not been reported at this time.

Traffic delays were seen near the wreck site for some time on the morning of January 12. Crews worked to clear the roadway, forcing local drivers to use different routes. 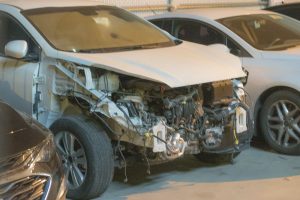 Car accidents in New Mexico happen every single day. On average, around 20,000 people sustain injuries in these collisions per year, while over 400 lose their lives. Over the past decade, car accidents have become one of the top ten reasons people in the United States sustain serious injuries or lose their lives. This is probably due to the rising popularity of smartphones and other handheld technology.

The leading cause of auto accidents in the United States and throughout the state of New Mexico is currently driver distraction. Over 3,000 people lose their lives per year due to driver distraction in the US. More than 400,000 vehicle accidents are caused by distracted drivers in the country every year. Other significant forms of driver negligence include fatigue, intoxication, and speeding. Combined, these types of driver negligence lead to millions of car accidents and injuries every single year in the United States.

If you or someone in your family has been hurt in a car accident, it is vital to determine the cause of the incident. If you believe a negligent driver is responsible, you need to contact a car crash lawyer as soon as you can. A car accident attorney in Albuquerque can help you get the money you need to financially recover after you’re hurt in a serious accident.

Unfortunately, tens of thousands of dollars in bills can stem from a serious car crash that ends in injuries. Don’t go broke paying for injuries that you did not cause. A car accident lawyer can help you file a personal injury claim for compensation so you can get help paying for vehicle repairs, medical care, and more.

You can call the law office of Will Ferguson & Associates at your earliest convenience to get started on your own personal injury claim for compensation. You can reach our office at (505) 243-5566 right away.