Albuquerque, NM (December 29, 2021) - There were reported injuries in a pedestrian accident in Albuquerque on Wednesday morning, December 29. The crash was reported at the 8200 block of Bridge Boulevard at around 9:52 a.m.

A 21-year-old man reportedly was hit by a motor vehicle. The victim’s leg was run over. Emergency responders were called to the scene to provide aid to the injured party. The pedestrian was transported to a local hospital for the treatment of sustained injuries. No additional information has been revealed at this time.

Our thoughts are with the injured victim and his family at this time. We hope for a full recovery. 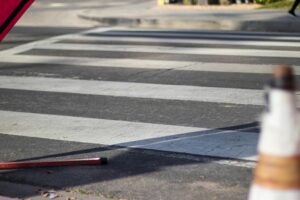 Pedestrians are more vulnerable to road hazards, putting them at greater risk of serious injury in car accidents. Pedestrians and motorists frequently cross paths on the road in New Mexico. Since 2016, the state has had the highest rate of pedestrian deaths in the country. Pedestrian fatalities are on the rise in the United States, with pedestrians 1.5 times as likely to die in a car accident as passengers in passenger cars.

A pedestrian is vulnerable to the full force of an impact in the event of a serious collision. As a result, pedestrians are frequently involved in traffic accidents resulting in serious or fatal injuries. In the event of a collision, pedestrians are vulnerable to life-altering injuries and other damages, such as medical expenses, lost wages, pain and suffering, and other losses. These collisions have previously resulted in life-altering or fatal injuries. Injured parties can sometimes recover lost compensation and hold the party responsible for the crash responsible for the resulting damages with the help of a qualified Albuquerque car accident lawyer. This may be the only way to get the full value of their claim in some cases.

After an accident, the legal team at Will Ferguson & Associates is here to help you protect your rights. After being injured in a pedestrian accident caused by a negligent driver, we have years of experience assisting clients in pursuing successful personal injury claims. We'll look into your accident, put together a solid case, and file a claim for lost wages on your behalf to make sure the driver who caused your injuries is held accountable. Our Albuquerque personal injury lawyers will not rest until the perpetrator is brought to justice. Don't let a big insurance company take advantage of you after a pedestrian accident.