Albuquerque, NM (November 22, 2021) - On November 21, at least one person was injured in a major car crash in Albuquerque. The car accident happened at 8:20 a.m. near the intersection of Montgomery and Wyoming Boulevards, according to initial reports.

The crash victims were helped by emergency personnel on the scene. Several lanes were closed as a result of the collision. There are few details about the extent of the injuries sustained by the crash victims. The identities of those who were injured are still unknown.

There has been no new information released about the accident. The cause of the accident is being investigated by law enforcement. 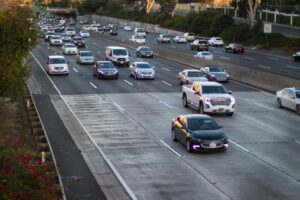 According to accident statistics, driving through an intersection increases your chances of colliding with another vehicle. Drivers making unsafe left-hand turns cause the majority of car accidents near or at roadway crossings. Because serious or fatal injuries are much more likely in these collisions, they are particularly dangerous. Intersections are responsible for one-fourth of all fatal car accidents in the United States, with over 2.5 million collisions occurring each year.

With the help of a personal injury lawyer in Albuquerque, those who have been injured in car accidents can seek monetary compensation.