At 3:57 p.m. a motorcyclist was traveling on Academy Road near Burlison Drive. The motorcycle and another vehicle were reportedly involved in a collision after entering the crossroads. The motorcyclist was hurt following the crash, and the injured rider was taken to a local hospital for treatment of sustained injuries.

No further information has been released at this time.

The identities of the involved parties have not been disclosed at this time. 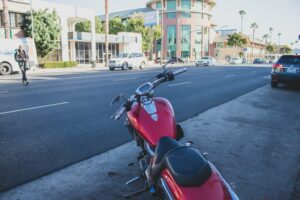 The average motorcycle weighs just around 400 pounds, which is much less than the weight of a passenger automobile, which may be anywhere between 3,000 and 4,000 pounds. In the case of an accident, this significantly disadvantages the motorbike rider. In the state of New Mexico, a motorcycle crash occurred on average once every eight hours in 2018. Motorcycle accidents that were recorded resulted in death or severe injury in 78.4% of those cases.

Too often, motorcyclists are involved in accidents that result in life-altering injuries because the driver of another vehicle fails to detect them, sometimes while under the influence of alcohol or when distracted, sleepy, or otherwise preoccupied. Because of the fault-based vehicle insurance regulations in New Mexico, victims of this kind of accident are able to hold the motorist who caused the accident responsible for the injuries they sustained and obtain compensation for the entire range of expenditures and losses they incurred as a result.

If you were hurt in a motorcycle accident and reside in New Mexico, consulting with a lawyer who specializes in motorcycle accidents may assist you in determining whether or not you have a legal claim against the other motorist. If this is the case, we will be able to assist you in obtaining compensation so that you may pay your medical expenses, make up for missed income, and cover any other damages.

The capable lawyers at Will Ferguson & Associates will defend your interests in court after your motorbike accident and assist you in creating a strong case so that you may seek financial recompense for the damages you sustained. Call (505) 243-5566 to talk with a motorcycle accident attorney in Albuquerque about setting up a consultation to go over your case and how we may be able to assist you in recovering from your injuries.