Albuquerque, NM (October 18, 2021) - Early on Monday morning, October 18, a pedestrian was killed after a traffic accident in Albuquerque.

The fatal crash took place on Interstate 25 NB just south of Lomas Boulevard at Exit 224B. Local authorities were dispatched to the scene at around 5 a.m. A pedestrian was reportedly struck by a motor vehicle.

The injured party suffered fatal injuries and was later pronounced dead. The area was closed for several hours while emergency personnel were present. The identity of the deceased has not yet been revealed.

An ongoing investigation into the cause of the accident is being handled by local law enforcement officials. 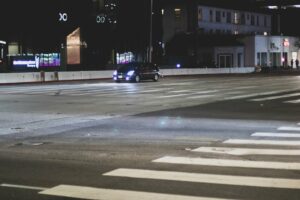 Because pedestrians have less protection, they are more likely to be killed in an accident. The route is open to both pedestrians and automobiles. Those on foot, on the other hand, continue to be murdered in large numbers by vehicles. Despite a nationwide drop in deaths on public transit, the number of persons murdered while walking is on the rise. According to the National Highway Traffic Safety Administration, pedestrians are 1.5 times more likely than passengers in passenger cars to die in an accident.

If a pedestrian accident victim retains the services of an experienced Albuquerque automobile accident lawyer, they may be eligible for compensation.

The defendant should cover the costs spent by the families as a result of the accident. Only an Albuquerque automobile accident lawyer with extensive experience representing the families of victims in wrongful death lawsuits could achieve this.

Wrongful death lawsuits seek restitution for a loved one who died as a result of someone else's negligence. Compensation isn't always as straightforward as it appears. Even if the victim died as a consequence of the accident, the responsible person should be held accountable. It's not uncommon for people whose insurance companies are to blame in a fatal accident to try to point the finger at someone else.

After the loss of a loved one, filing a lawsuit may be the last thing on your mind. However, you are not required to do so on your own. Will Ferguson & Associates understands that no amount of money can ever make up for a loved one's death. A terrible automobile accident may have severe financial implications, as our Albuquerque wrongful death attorneys have experienced firsthand. After you've lost a loved one, our legal team will battle to get you the money you deserve. We will fight to the end to make those guilty of such a heinous crime accountable.