Albuquerque, NM (October 8, 2021) - A pedestrian crash near the Double Eagle II Airport in Albuquerque on Thursday, October 7, ended in a fatality.

The fatal accident took place on Jim McDowell Road. The Albuquerque Police Department were called to the scene just after midnight. Local sources revealed that a driver was headed southbound when they hit a pedestrian.

The injured party sustained fatal injuries and was pronounced dead at the scene. The area was closed for some time while local responders were present. The identity of the deceased party has not yet been revealed. 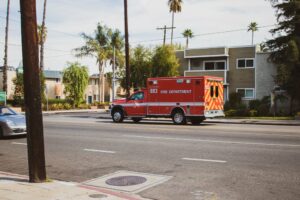 If a pedestrian accident victim hires an Albuquerque car accident lawyer, they may be entitled to compensation.

Wrongful death lawsuits seek restitution for the death of a loved one caused by the negligence of another person. Obtaining such recompense, on the other hand, is not always as simple as it appears. Even if the victim perished as a result of the accident, the party that caused it should be held liable. It's not uncommon for people whose insurance companies are at fault in a deadly accident to try to blame someone else.

Filing a lawsuit after the death of a loved one may be the last thing on your mind. You are not, however, compelled to do so on your own. Will Ferguson & Associates recognizes that no amount of money can ever compensate for the loss of a loved one. As our Albuquerque personal injury lawyers have seen personally, a tragic vehicle accident can have huge financial ramifications. Our legal team will fight to obtain you the money you deserve after you've lost a loved one. We shall fight until the end to bring whoever or whatever is responsible for the crime to justice.