Albuquerque, NM (February 1, 2022) - On Tuesday morning, February 1, emergency responders in Albuquerque were dispatched to a serious car accident. The accident happened at 6:20 a.m. at the intersection of Pennsylvania Street NE and Indian School Road NE, according to authorities. 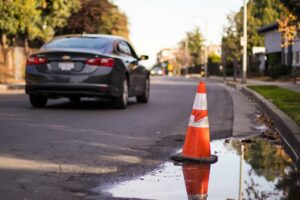 Speeding is a common traffic violation in New Mexico that has been linked to an increased risk of serious car accidents. Speeding drivers have been responsible for nearly a third of all documented highway fatalities in the United States over the last two decades, resulting in thousands of deaths each year. In 2018, 9,378 people were killed in high-speed collisions in the United States.

If you are injured in a traffic accident in New Mexico, you have the right to full compensation for your injuries and other damages. This is especially true if your injuries were caused by the negligence of another party. Calculating the exact amount of your losses can be difficult. To arrive at an accurate figure, many different factors must be considered. The victim's pain and suffering, as well as the extent of their financial losses as a result of the car accident, are critical factors in your case. Even for those with legal experience, this can be a difficult task without the assistance of an Albuquerque car accident attorney.

For those who have been injured in serious car accidents, Will Ferguson & Associates believes that the legal system is still fair, effective, and efficient. After you have been wrongfully injured by another person, our Albuquerque personal injury lawyers have an ethical obligation to fight tirelessly to protect your legal rights. By ensuring that your legal rights are protected, our legal team will vigorously advocate for the full value of your compensation. No one should be held responsible for an accident caused by the negligence of others.