Albuquerque, NM (January 21, 2023) -Authorities in Albuquerque responded to the scene of a collision late Thursday afternoon. The wreck happened in the area of Southwest Mesa, according to information provided by the Bernalillo County Sheriff’s Office.

The crash occurred east of Atrisco Heritage Academy High School near the intersection of Unser Boulevard Southwest. Emergency officials arrived at the scene at approximately 4:30 p.m.

Details are currently limited, however, multiple responders were seen rendering aid at the scene, including paramedics, police, and fire crews. At this time, the number of injured victims has not been reported.

Both westbound and eastbound traffic was rerouted to Unser Boulevard during the initial investigation and response, which lasted for about 90 minutes. Authorities are still working to determine the cause of the collision.

Our thoughts are with the injured victims. We hope for their full recovery. 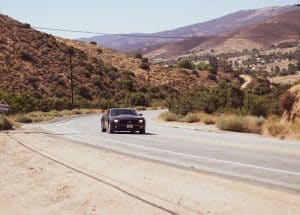 New Mexico car accidents happen every single day. On average, the Land of Enchantment sees over 40,000 car accidents each year that result in injuries for more than 20,000 people. Approximately 400 individuals are killed in these collisions annually. Currently, about 30% of New Mexico auto accidents are caused by intoxicated driving.

Across the United States, millions of yearly auto accidents occur. On average, there are about 6 million vehicle collisions per year in the US that cause injuries to over 3 million people. Sadly, tens of thousands lose their lives per year in American car accidents. These numbers continue to grow each year. Car crashes have become a leading cause of serious injuries and fatalities in the country. They are among the top ten causes of injuries and death in the US.

Many different forms of driver negligence exist, including speeding, intoxication, distraction, and fatigue. These and other types of negligence lead to millions of injuries and thousands of deaths every single year in the United States. Driver distraction is currently the leading type of driver negligence in the country, causing over 400,000 collisions per year.

If you or a loved one of yours has been injured in a traffic collision caused by the negligent actions of another driver, you may be worrying about how you will financially recover. You could be suffering emotionally, physically, and financially after you’re injured. Depending on the nature of your accident, you may qualify for financial compensation that could help you pay for the expenses related to your crash.

The car crash attorneys in Albuquerque at Will Ferguson & Associates have been working for decades to help injured accident victims recover. We have made it our professional duty to help individuals who have been injured by negligence to make full recoveries from the aftermath of their wrecks. You deserve all the help available to you if you have been seriously injured at the hands of a negligent driver.

Call our law office at (505) 243-5566 if you or a loved one has been wounded in a car accident and you have concerns about your legal options.