Albuquerque, NM (March 2, 2022) - There were confirmed injuries following a crash involving a semi-truck and another vehicle in Albuquerque on Wednesday morning, March 2. The accident was reported at the intersection of Atrisco Vista Boulevard NW and Central Avenue NW at around 12:31 a.m.

The two vehicles reportedly collided at the scene. Local reports revealed that airbags were deployed due to the accident. Emergency responders were present to provide necessary medical aid to the injured parties. No further information has been revealed at this time. 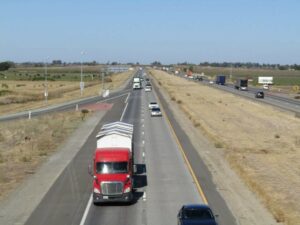 Every 15 seconds, someone is killed or seriously injured in a tractor-trailer or semi-truck collision. The occupants of the big rig are killed in a significant number of these fatal crashes. According to the most recent statistics, one out of every 30 trucking accidents in New Mexico results in a fatality.

Accidents involving large trucks are much different than typical vehicle collisions. They involve multiple parties and the resulting injuries can be life-changing for victims. These large commercial vehicles are massive and capable of inflicting devastating injuries and other damages in the event of a semi-truck accident, especially for those traveling in smaller passenger cars. Not only that, but you are dealing with a trucking company that may have acted recklessly, contributing to your accident, and these large companies often have experienced personal injury lawyers in Albuquerque fighting to make sure that they pay as little as possible.

The team of Albuquerque semi-truck crash attorneys at Will Ferguson & Associates is prepared to take the fight to truckers and large trucking companies when their negligence has resulted in an accident. We have the resources to go up against the at-fault truck driver and the company’s insurance provider to make sure that you get the compensation you deserve after a catastrophic accident.

Contact an Albuquerque personal injury lawyer today at (619) 231- 0724 to discuss your case. Our legal team will fight to make sure that you recover full and fair compensation after being injured in an 18-wheeler collision.