Albuquerque, NM (January 7, 2023) - One or more people were hurt in an accident on a roadway in Albuquerque on January 7. At approximately 3:48 p.m., responders were dispatched to the scene on Coors Boulevard.

Reports indicate the accident occurred near Irving Boulevard near Coors Boulevard. What led up to the collision remains under police investigation at this time.

Multiple responders were seen assisting injured victims at the scene. Police, EMTs, and fire crews were observed on the road for some time on the evening of January 7 while they worked to secure the area and assist injured victims.

At least one person was transported to a local hospital for treatment. The identities of the injured victims have not been released at this time. 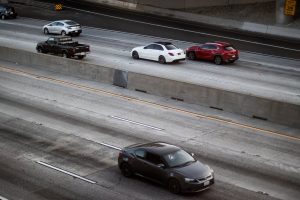 Tens of thousands of people sustain injuries in New Mexico car accidents each year. Unfortunately, a large percentage of these injuries are preventable. The majority of auto accidents in the United States and throughout the Land of Enchantment are caused by driver negligence.

When you sustain serious injuries in a car accident, it can be overwhelming and difficult to fully recover. You may be unable to work while dealing with serious pain and suffering. You may be unsure of how you’re going to pay for all of the damages associated with your wreck. Luckily, the cost of lost wages, pain, suffering, and more may be able to be compensated for by filing a personal injury claim with an Albuquerque personal injury lawyer. A lawyer can help you determine the cost of your damages and aggressively negotiate with the insurance company in order to get you the settlement you deserve.

New Mexico is an at-fault insurance state, which means that the person responsible for causing an accident is responsible for paying for any damages that may result from the incident. If a negligent driver caused your accident and injuries, a lawyer can help you file a claim against them so you can get the money you need to recover.

The team of car crash attorneys in Albuquerque at Will Ferguson & Associates has been successfully fighting for the rights of injured crash victims for decades. We understand the difficulties you may be facing with your recovery and finances, which is why we are here to help.

Our Albuquerque personal injury attorneys have successfully represented injured crash victims throughout New Mexico. If you’re in need of assistance with a car crash case in Albuquerque, you should contact Will Ferguson & Associates at (505) 243-5566 to get help from our considerate and dedicated team of lawyers.