Albuquerque, NM (March 27, 2022) - There were reported injuries after a two-vehicle crash in Albuquerque on Saturday, March 26. The accident was reported just before midnight at the intersection of Constitution Avenue and Morris Street.

Local reports were called to the crash. A van was reportedly traveling westbound when it was hit in the side by a pickup truck driven by 19-year-old Elijah Madole. Madole fled the scene in the vehicle that was reportedly stolen. He was later apprehended by authorities.

Those injured were taken to nearby hospitals for treatment. An ongoing investigation into the cause of the crash is underway. 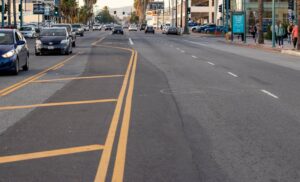 Certain types of collisions are more dangerous than others. T-bone collisions are thought to be the cause of 18% of fatal collisions. However, these collisions make up less than a third of all reported car accidents. Several onboard auto safety systems fail when a vehicle's side is struck in an accident. Severe injuries are more likely as a result. Each year, around 8,000 people are killed in side-impact collisions, according to the National Highway Traffic Safety Administration.

You have the right to full compensation for your injuries and other damages if you are injured in a traffic accident in New Mexico. This is especially true if your injuries were caused by another party's negligence. It can be difficult to calculate the exact amount of your losses. Many different factors must be considered in order to arrive at an accurate figure. In your case, the extent of the victim's pain and suffering, as well as their financial losses as a result of the car accident, are critical factors to consider. It can be difficult to file a claim without the help of an Albuquerque car accident lawyer.

No one should be held liable for an accident caused by someone else's negligence. Will Ferguson & Associates believes that the legal system still treats serious car accident victims fairly. Our lawyers have an ethical obligation to fight tirelessly to protect your legal rights after you have been wrongfully injured by another person. Our legal team will vigorously advocate for the full value of your compensation by ensuring that your legal rights are protected.