Albuquerque, NM (November 26, 2021) - Two people were taken into custody after a hit-and-run collision in the Albuquerque area on Thursday, November 25. Two vehicles reportedly collided on Paseo Del Norte near the Rio Grande River.

One person was injured following the car crash. Two people reportedly fled the scene on foot following the accident. They were later apprehended by local authorities.

The injured party was taken to a nearby hospital for the treatment of sustained injuries. Local reports indicated that alcohol may have been a factor in the accident. The identities of the involved parties have been withheld. 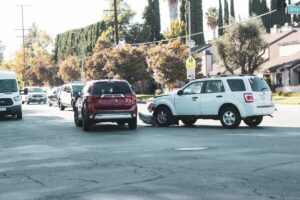 After a car accident, the sooner you file a claim, the more likely you are to receive fair compensation. When dealing with a large insurance company, delays and other hassles are almost unavoidable. This is especially true if you do not have the assistance of an Albuquerque personal injury lawyer. Victims may find it difficult to pursue a personal injury claim due to their injuries and other damages caused by the accident. You must start working as soon as possible in order to be fairly compensated.

It's natural to be concerned about your emotional and financial well-being following a car accident. If you file a lawsuit and receive compensation with the help of an Albuquerque auto accident attorney, you have a better chance of winning your case.

Personal injury victims have the legal right to seek compensation for their losses in order to reclaim control of their lives. Will Ferguson & Associates is a personal injury law firm dedicated to helping clients obtain the financial compensation they deserve as a result of their injuries. Our legal team will fight tooth and nail to ensure that you receive every penny of compensation to which you are legally entitled. Please contact us as soon as possible so that we can talk about your recovery options.

Contact an Albuquerque personal injury lawyer at (505) 243-5566 if you've been injured in a car accident caused by another driver's carelessness or negligence.