Albuquerque, NM (November 18, 2021) - There were critical injuries reported in the aftermath of a motorcycle accident in Albuquerque on Wednesday evening, November 17. The crash was reported at the crossing of Coors Boulevard and Fortuna Road.

A motorcycle was traveling down the roadway when the driver reportedly crashed. Emergency responders were sent to the scene to render aid to the injured parties. All northbound lanes were closed for several hours while paramedics were on-site. The rider and a passenger were transported to a local hospital for the treatment of critical injuries. No further updates have been released at this time. 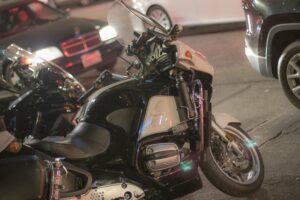 Every year, tens of thousands of motorcyclists are killed in car accidents across the United States, with the number of fatalities rising year after year. In New Mexico, motorcycle riding is very popular, and many people enjoy riding their bikes around the state. According to the National Highway Traffic Safety Administration, more than 80% of motorcycle accidents result in death or injury, with motorcyclists having 27 times higher risk of dying in a traffic accident.

Every day, a motorcyclist is injured or killed in New Mexico. Motorcycle fatalities have been on the rise across the country despite an overall drop in other types of car accidents. Riders are more likely to be seriously injured. Unfortunately, most drivers fail to look out for motorcyclists like they should. This contributes to catastrophic motorcycle accidents across the state of New Mexico. In fact, despite what some people may think, most motorcycle accidents are caused by the actions of reckless drivers who are not fulfilling their duty to share the road safely with motorcyclists. Negligent motorists should be held accountable for their role in a serious accident.

Will Ferguson & Associates’ team of Albuquerque motorcycle crash lawyers will fight to get you fair compensation for your motorcycle crash and help you construct a strong claim in order to recover damages resulting from the accident. The process should start immediately following the crash. Our experienced legal team of Albuquerque personal injury lawyers has spent many years standing up for the rights of victims of motorcycle crashes and their families after terrible accidents, and our years of experience can be put to work on your personal injury claim.

Contact a car accident attorney in Albuquerque today at (505) 243-5566 to discuss your case with a qualified attorney and to see how we can help you recover from your injuries.