Albuquerque, NM (January 20, 2022) - Two people were injured following a car accident involving a drunk driver in the Albuquerque area on Wednesday, January 19. The crash took place at the intersection of Tramway and Montgomery Boulevards late that night.

Local reports revealed that 31-year-old Joseph Thompson was making a left turn at the intersection when he collided with another vehicle. Thompson reportedly failed to yield the right of way to the other driver. A passenger in Thompson’s vehicle suffered from internal bleeding and a broken pelvis, while the other motorist broke his arm.

A blood test revealed that Thompson was more than twice the legal blood alcohol content level. He is currently facing two charges related to bodily harm. 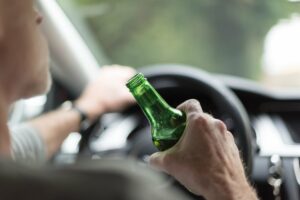 Drunk driving endangers everyone on the road. New Mexico has one of the highest rates of alcohol-related arrests in the country, according to official statistics. Approximately 10,000 people are killed in drunk driving accidents in the United States each year. A drunk driver kills someone every 52 minutes on average. This means that every day, 28 people are killed in car accidents caused by intoxicated drivers.