Albuquerque, NM (March 20, 2022) - Two people were killed and seven others injured following a single-vehicle accident in Albuquerque on Sunday morning, March 20. The deadly crash was reported on University Boulevard underneath Interstate 40 at around 3 a.m.

Emergency responders were called to the scene of a rollover crash. A vehicle overturned at the scene and several people were trapped inside. The trapped victims were extricated by responding emergency units.

Of the nine people inside the vehicle, a man and woman died due to the crash. The seven remaining victims were hospitalized, with five reportedly being in critical condition. No additional information has been provided at this time.

We would like to offer our deepest condolences to the families of the deceased victims at this time. Our thoughts are with the injured victims and their families in hopes of a full recovery. 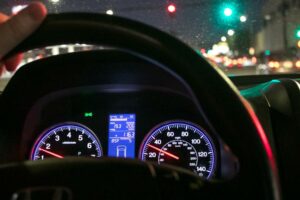 If a car flips over, the occupants are likely to suffer serious injuries. In the United States, rollover accidents kill a disproportionate number of people. In 2010, nearly 69% of rollover deaths involved unrestrained occupants. In that year, approximately 7,600 people were killed in rollover accidents. Rollovers were involved in nearly 35% of fatal collisions in 2010, despite accounting for less than 2% of all traffic accidents.

When a loved one dies as a result of another party's negligence, wrongful death lawsuits are filed with the goal of compensating the surviving family members. On the other hand, getting that compensation is frequently easier said than done. The fact that the victim died does not absolve the perpetrator of blame. After a fatal accident, insurance companies for those who are at fault frequently try to shift blame. Instead of compensating the deceased's family members following a fatal car accident, the defendant should compensate the family members to help with accident-related expenses. You'll need the assistance of a car accident lawyer in Albuquerque who has extensive experience representing wrongful death victims.

Filing a lawsuit after the death of a loved one is probably the last thing on your mind. Fortunately, you don't have to pursue a claim on your own. Will Ferguson & Associates understands that no amount of money can make up for the loss of a loved one. Our attorneys understand that a fatal accident can result in significant financial losses. Following the death of a loved one, our legal team will fight tooth and nail to ensure that you receive the compensation you are entitled to, and we will never stop fighting to hold the responsible party accountable for their actions.