Albuquerque, NM (March 24, 2022) - Emergency responders in Albuquerque were dispatched to a serious two-vehicle accident on Wednesday morning, March 23. According to authorities, the accident occurred at 10:51 a.m. at the intersection of Lomas and Girard Boulevards NE.

Both vehicles reportedly turned over due to the crash. Several lanes were temporarily closed while emergency personnel assisted the injured victims. According to local reports, at least one person was injured in the collision. The extent of the injuries is unknown at this time. The injured victims were transported to a nearby hospital by ambulance for treatment. 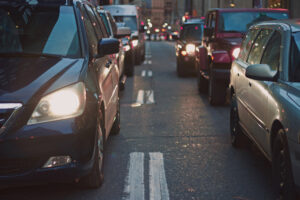 The occupants of a car that flips over are likely to sustain serious injuries. Rollover accidents kill a disproportionate number of people in the United States. Unrestrained occupants were involved in nearly 69% of rollover deaths in 2010. Around 7,600 people were killed in rollover accidents in that year. Despite accounting for less than 2% of all traffic accidents, rollovers were involved in nearly 35% of fatal collisions in 2010.

Following an auto accident, injured parties are simply looking for a way to get back on their feet and recover completely. Even for those with legal experience, negotiating with a large insurance company can be tedious and draining. The majority of accident victims have no idea how to file a claim for compensation for their injuries. Because you may not know where to begin, you should seek legal advice. Medical bills, lost wages, and pain and suffering caused by the accident are all possible damages after a car accident. After being involved in a car accident, the injured party's first priority is to find a way to recover.

A personal injury claim is not always simple to file. This is something that the legal team at Will Ferguson & Associates is well aware of. With the help of our team of experienced attorneys, we can help you pursue a claim for the full value of your deserved compensation. A knowledgeable Albuquerque car accident lawyer can investigate your accident, build a strong case on your behalf, and fight for fair compensation.

If you have been wrongfully injured in a car accident, call an Albuquerque personal injury lawyer today at (505) 243-5566 to discuss your case.