Albuquerque, NM (December 20, 2021) - A man was arrested in connection with a fatal pedestrian crash in Albuquerque on Saturday afternoon, December 18. The deadly accident occurred at around 2 p.m. at the intersection of Tulane Drive and Coal Avenue.

Local reports revealed that 38-year-old Elizardo Cortez was traveling through the intersection when he hit a pedestrian. The driver fled the scene but was later apprehended by local authorities. Authorities believe that Cortez was intoxicated at the time of the fatal pedestrian crash.

Cortez was charged with homicide by vehicle, leaving the scene of an accident, and driving on a revoked license. An ongoing accident investigation is underway. 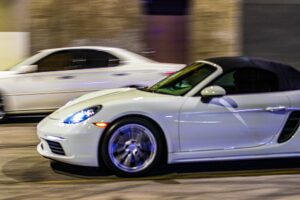 Drunk driving puts everyone on the road in danger. According to official statistics, New Mexico has one of the highest rates of alcohol-related arrests in the country. Every year, an estimated 10,000 people are killed in drunk driving accidents across the United States. On average, a drunk driver kills someone every 52 minutes. This means that 28 people are killed every day in car accidents caused by drunk drivers.

Wrongful death lawsuits are intended to compensate surviving family members when the negligent actions of another party cause the death of a loved one. However, obtaining that compensation is often easier said than done. Just because the victim died, that does not mean that the at-fault party should be off the hook. The insurance companies of those at fault will often try to shift blame for a deadly crash. The defendant should instead pay compensation to the family members of the deceased after a deadly car crash in order to help with expenses associated with the accident. This can only be accomplished by partnering with an Albuquerque personal injury lawyer with years of experience helping victims pursue wrongful death claims.