Albuquerque, NM - Victims Hurt After Collision at I-40 & Miami Rd

Albuquerque, NM (March 2, 2022) - Emergency responders in Albuquerque were dispatched to a serious car accident on Wednesday night, March 2. According to authorities, the accident occurred at 8:06 p.m. at the intersection of Interstate 40 WB and Miami Road NW. 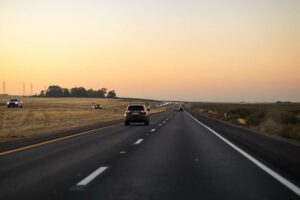 Will Ferguson & Associates believes that the legal system is still fair, effective, and efficient for those who have been injured in serious car accidents. Our lawyers have an ethical obligation to fight tirelessly to protect your legal rights after you have been wrongfully injured by another person. Our legal team will vigorously advocate for the full value of your compensation by ensuring that your legal rights are protected. No one should be held liable for an accident caused by someone else's negligence.