Albuquerque, NM (January 18, 2022) - A car accident in Albuquerque on Tuesday morning, January 18, resulted in confirmed injuries. At 9:03 a.m. the accident occurred at the intersection of Central Avenue SW and Tierra West Drive.

Emergency responders and medical personnel were dispatched to the scene to assist the injured victims. According to local reports, at least one person was injured. As a result of the accident, several lanes were temporarily closed. Those who were injured were transported to a nearby hospital for treatment.

Local authorities are investigating the cause of the collision. More information will become available as the investigation progresses. 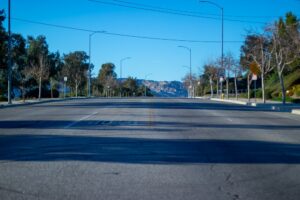 Speeding is one of the behaviors linked to an increased risk of a serious car accident, and it is undeniably one of the most prevalent in New Mexico. Over the last two decades, speeding drivers have been responsible for roughly a third of all documented highway fatalities in the United States, resulting in thousands of deaths each year. In the United States, 9,378 people were killed in high-speed collisions in 2018.