Albuquerque, NM (January 2, 2022) - On Saturday afternoon, January 1, a serious car accident occurred in Albuquerque, and at least one person was injured. The collision happened around 3:47 p.m. near the intersection of Rio Grande Boulevard NW and Candelaria Road NW, according to local reports.

Those who were injured in the collision were helped by emergency personnel on the scene. As a result of the accident, many lanes were closed. At this time, the extent of the injuries is unknown. The names of those involved have not been released.

There has been no further information released at this time. The cause of the accident is being investigated by law enforcement. 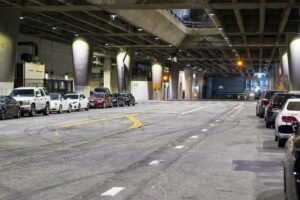 Speeding has been connected to one-third of all documented highway fatalities in the United States during the last two decades, and it is commonly recognized that speeding raises the probability of a major vehicle accident. Thousands of people are killed every year in the United States by speeding cars, and New Mexico is no exception. In 2018, 9,378 persons were killed in high-speed collisions in the United States. Every day that year, about 25 individuals died as a result of speeding motorists.

If you are wounded in a traffic accident, you have the right to full compensation for your injuries and other damages. This is especially true if you were injured due to someone else's carelessness. Calculating the actual amount of your losses can be tricky. In order to receive equitable compensation, many distinct variables must be considered. Two of the most crucial variables are the level of the victim's agony and the financial damages caused as a result of the vehicle accident. Without the guidance of an Albuquerque automobile accident lawyer, even individuals who are well-versed in the law may find it impossible to recover.

Will Ferguson & Associates believes that the legal system for victims of major car accidents should be fair, effective, and effective. After you have been unlawfully wounded by another person, our Albuquerque personal injury attorneys have a moral obligation to safeguard your legal rights. By ensuring that your legal rights are safeguarded, our legal team will fight for the full amount of your compensation. No one should be held responsible for an accident caused by the negligence of another.