Hobbs, NM (January 19, 2022) - A single-vehicle crash near Hobbs on Saturday morning, January 15, left two people dead. The accident occurred at the intersection of E. Rose and N. Johnson Roads at around 7:44 a.m.

Local reports revealed that 26-year-old Brooke L. Chandler of Hobbs was headed eastbound on Rose Road in a 2018 Jeep Grand Cherokee. The Jeep reportedly left the roadway where it overturned. This caused Chandler and her passenger, 32-year-old Luis A. Sauceda, to be ejected from the vehicle.

Both victims sustained fatal injuries and were pronounced dead at the scene. No additional information has been disclosed at this time.

An ongoing investigation into the cause of the deadly crash is underway.

We would like to extend our deepest condolences to the families of Brooke Chandler and Luis Sauceda at this time. 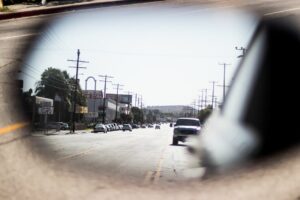 When a car flips over, the people inside are likely to be seriously hurt. Rollover crashes kill a disproportionate number of people across the United States. Almost 69% of rollover deaths in 2010 involved unrestrained occupants. In that year, rollovers claimed the lives of approximately 7,600 people. Rollovers were involved in nearly 35% of fatal collisions in 2010, despite accounting for less than 2% of all traffic accidents.

Wrongful death lawsuits are intended to compensate surviving family members when the negligent actions of another party cause the death of a loved one. However, obtaining that compensation is often easier said than done. Just because the victim died, that does not mean that the at-fault party should be off the hook. The insurance companies of those at fault will often try to shift blame for a deadly crash. The defendant should instead pay compensation to the family members of the deceased after a deadly car crash in order to help with expenses associated with the accident. This can only be accomplished by partnering with a personal injury lawyer in Hobbs with years of experience helping victims pursue wrongful death claims.

Bringing a lawsuit is probably the last thing on your mind after losing a family member. Fortunately, you do not have to pursue a claim on your own. Will Ferguson & Associates understands that no amount of compensation will bring back a loved one. Our car crash attorneys in Hobbs are also aware that there are serious financial concerns associated with a deadly accident. Our legal team will fight to make sure that you recover the compensation you deserve after losing a loved one, and we will fight endlessly to ensure that the responsible party is held accountable for their actions.