Magdalena, NM - Auto Accident Results in Injuries on I-40 near San Acacia Rd

Magdalena, NM (November 10, 2022) - A car crash happened on November 10 in Magdalena that required an emergency response. Sources say the incident occurred at around 1:05 p.m.

According to information from local officials, the incident happened on Interstate 40 near San Acacia Road. The right two lanes and the shoulder of the interstate were closed while emergency crews were dispatched to the scene.

At this time, it remains unclear what caused the accident to happen. An unspecified number of vehicles crashed in the area and caused at least one person to become injured.

The identities of those involved have not been released. Police continue to investigate the details of the accident.

Our thoughts are with everyone involved in this car crash in Magdalena. 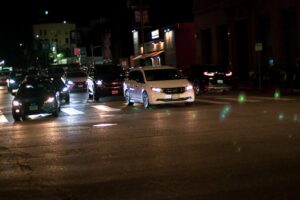 Car accidents happen all the time in the United States and throughout the state of New Mexico. There are a reported 6 million car crashes per year in the US that cause over 3 million people to become injured. On average, throughout the year, over 35,000 people are killed in auto accidents in the country. In the state of New Mexico, approximately 400 people lose their lives per year due to car wrecks.

Sustaining a severe injury in a car crash can be an extremely stressful experience. You may have to spend a lot of time recovering in the hospital which can be exhausting and expensive. Your life may have been turned upside down by a severe auto accident, and you could be suffering physically, emotionally, and financially. Depending on the nature of your wreck, you may be eligible for financial compensation for a number of damages.

Driver negligence is the leading cause of car crashes in the United States and in New Mexico. Currently, driver intoxication is the main cause of car crashes in the Land of Enchantment. There are approximately 20,000 people who sustain injuries in auto accidents in New Mexico every year. The majority of these injuries are caused by driver negligence.

Working with a lawyer when you’re injured by a negligent driver can be extremely beneficial to you and your family. You may be wondering how you’re going to financially recover, and, by collecting financial compensation, you can do just that. A car crash lawyer in Albuquerque can help you file a personal injury claim for financial compensation so you can get your life back on track after being seriously hurt in an accident.

Call Will Ferguson & Associates at (505) 243-5566 to speak with an Magdalena personal injury attorney if you were wounded in a vehicle accident.