Mesquite, NM - Four Injured in High-Speed Collision on I-10

Mesquite, NM (January 14, 2022) - A car accident near Mesquite on Thursday morning, January 13, left four people injured. The crash was reported on Interstate 10 near mile marker 146 at around 8 a.m.

Local reports revealed that an 18-year-old driver was speeding down the interstate when his vehicle left the roadway. He crashed into a parked Buick Encore containing three passengers, a 26-year-old woman, a 21-year-old woman, and a juvenile.

All lanes were closed for some time while emergency responders were on-site. All four involved parties were hospitalized for the treatment of sustained injuries. No additional information has been released at this time. 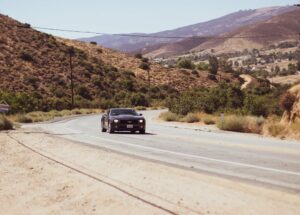 Speeding is one of the behaviors linked to a higher risk of a catastrophic car accident, and it is undoubtedly one of the most common in New Mexico. Speeding drivers have been involved in approximately one-third of documented roadway fatalities in the United States over the last two decades, and they are responsible for thousands of deaths each year. In 2018, there were 9,378 deaths in the United States as a result of high-speed collisions.

Those who have been wrongfully injured in a car accident in New Mexico are frequently left seeking answers, and finding ways to recover is far from simple. Fighting a large insurance company can be intimidating, and most accident victims are unfamiliar with the concept of filing a personal injury claim for compensation. Accident victims frequently suffer both economic and non-economic losses, which can have a significant impact on the injured party's livelihood. Survivors of car accidents want nothing more than to make a full recovery and return to their previous lifestyle, but this is often impossible to achieve without the assistance of an experienced Mesquite car accident attorney.

Will Ferguson & Associates recognizes that personal injury cases present unique challenges for those who have been injured, and we are here to fight for those who have been injured due to someone else's negligence. Our goal is to assist victims of catastrophic vehicle accidents in filing personal injury lawsuits so that they can receive the compensation they deserve, and we believe that the process should begin as soon as possible after the incident. With the help of an experienced personal injury lawyer in Mesquite, you can learn more about your accident and build a compelling case, increasing your chances of receiving fair compensation. For you and your loved ones, our attorneys will fight for the best possible outcome.