Roswell, NM (January 6, 2022) - A police officer was injured after a traffic accident in Roswell on Tuesday night, January 4. The collision was reported at the intersection of 7th and Main Streets at around 7 p.m.

Local reports revealed that a westbound Chevy Tahoe crashed into a southbound patrol vehicle at the intersection. The driver of the Tahoe reportedly failed to stop at a stop sign leading up to the accident. The Tahoe fled the scene immediately following the crash.

The officer in the patrol car was transported to a local hospital for the treatment of sustained injuries. The Tahoe was later found abandoned, and the driver later turned himself over to local authorities.

An ongoing investigation into the crash is underway. 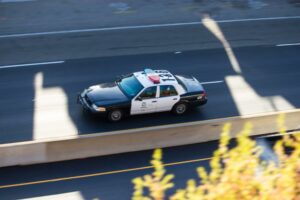 Pedestrians are at a serious disadvantage when involved in a crash with a motor vehicle in New Mexico. This has contributed to the rising rate of pedestrian fatalities across the country. Unlike those traveling in passenger cars, pedestrians have little protection from the full impact of an accident. This is one of the reasons why pedestrian crashes are over-represented in national roadway fatalities each year. A Roswell pedestrian injury lawyer can help injured parties recover financial compensation for their injuries and other damages related to the crash. Despite what you may think, the fault for a pedestrian crash is not always so cut-and-dry.

At Will Ferguson & Associates, we know that personal injury claims can be challenging and those who have suffered injuries in a crash often have many things on their minds. Our legal team wants to provide some relief during a trying time. An experienced Roswell personal injury lawyer can investigate your accident, build your case, and fight for your right to maximum compensation, and our firm has a proven track record assisting victims of pedestrian accidents across New Mexico. We will fight for you and make sure that you obtain the full value for your personal injury claim, and we will not take less than the maximum value of your compensation.

If you have been unfairly injured in a pedestrian accident, contact a car crash lawyer in Roswell at (505) 243-5566.