Four vehicles were reportedly involved in the crash. All the vehicles had to be towed from the scene due to the severity of the damages. There were multiple crash victims taken to the hospital for the treatment of sustained injuries. All northbound lanes were closed while emergency responders were on the scene.

No additional information has been provided at this time. An ongoing investigation into the cause of the crash is underway. 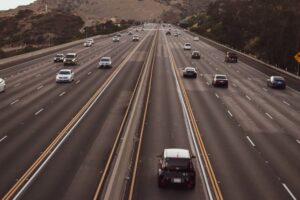 You have the right to full compensation for your injuries and other damages if you are injured in a traffic accident in New Mexico. This is especially true if your injuries were caused by another party's negligence. It can be difficult to calculate the exact amount of your losses. Many different factors must be considered in order to arrive at an accurate figure. In your case, the extent of the victim's pain and suffering, as well as their financial losses as a result of the car accident, are critical factors to consider. It can be difficult to file a claim without the help of a San Felipe Pueblo car accident lawyer.

No one should be held liable for an accident caused by someone else's negligence. Will Ferguson & Associates believes that the legal system still treats serious car accident victims fairly. Our lawyers have an ethical obligation to fight tirelessly to protect your legal rights after you have been wrongfully injured by another person. Our legal team will vigorously advocate for the full value of your compensation by ensuring that your legal rights are protected.